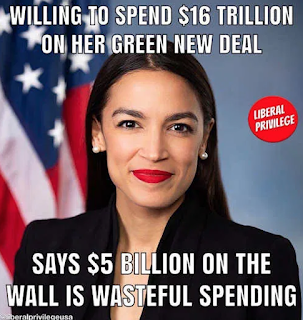 Hi everyone! Young Patriot Rising here. Been a while since CBR and I did a guest post on each other’s blog. I’m super excited for this article! I began YoungPatriotRising after realizing this country will be lost unless conservatives begin to speak out. If you love your country and don't want to see it fall into the wrong hands, this is the right place for you! All patriots welcome! Please support me by subscribing to my blog and following me on Twitter! https://youngpatriotrising.blogspot.com/

What’s the Deal with Climate Change?

The climate is always changing. That is how it’s been like that for years. Caring for the planet shouldn’t be a partisan issue. I always believed in caring for the planet. Unfortunately, older generations (sorry y’all) don’t think this is a big issue. What you guys have to realize is that in 50 years, you guys won’t be here, but we will. I want my children to live on a planet not filled with pollution. Potentially rotting away. We want everyone (plants, animals, and humans) to enjoy this great planet. God gave us this earth for a reason. We shouldn’t willingly destroy it. That is where I believe recognizing that the climate is changing is important. What I don’t agree with is the Democrats’ response to climate change. 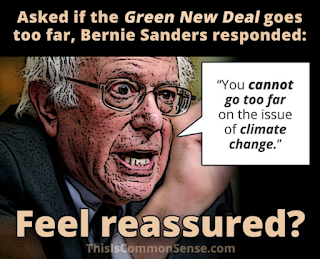 The Green New Deal is the main response Democrats have to “combat” climate change. What ticks me off is when Democrats blame Trump or Republicans for what’s happening in the weather. Let me make this clear: Donald Trump is NOT responsible for hurricanes or the weather. Full stop. No man or woman is responsible for the weather. But Democrats just want Americans to hate each other, no matter how idiotic their “arguments” are. The Green New Deal would cost trillions of taxpayer dollars. By advocating for ideas like the Green New Deal, Americans by 2040 would cause a massive job loss, decreased income, and an increase in electricity. Democrats are willing to spend trillions of our taxpaying dollars just to kill our economy.

What Americans might not know is that this Green New Deal was tried in the 1930s, when President Franklin Roosevelt signed the National Industrial Recovery Act, which gave the government power to control wages and prices. Massive government intervention. By doing so, it destroyed millions of American lives. Most economists believe this was a terrible move and caused the Great Depression to be prolonged. Just like the New Deal from Roosevelt, the Green New Deal would destroy American small businesses and the economy. Why would anyone listen to AOC’s ideas when her genius $15 minimum wage caused the bar she bartended at out of business? Learning about history is greatly important because if we don’t learn from the past, we are doomed to making the same mistakes.

What truly boggles my mind is how many centennials and millennials think the United States is the sole country to pollute the planet or cause climate change. We are second to causing the most pollution via carbon dioxide (but these numbers are dropping), but the country creating the most pollution is China. Shocking, I know. China creates the largest pollution in the world, responsible for 30% of the world’s pollution. How come we never hear Democrats mention this? They only blame America for these problems. 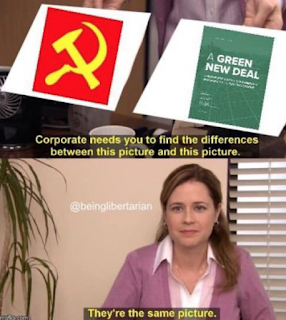 The solution to solving climate change or protecting the environment isn’t mass government takeover. Actually, let’s call this what it is: socialism. Socialism results in poverty and more pollution. Capitalism is the solution because free market is innovative. Innovators produce new ways to help reduce carbon emissions and protect the environment. Socialists don’t do that. Have you ever heard a socialist country leading in fighting climate change or being one of the best in keeping their country clean? Absolutely not. No economist supports the Green New Deal because it will only result in disaster.

(Be sure and check out MY (Conservative Book Review’s) guest post where I talk about my experiences at MAGA rallies. - https://youngpatriotrising.blogspot.com/2020/10/attending-trump-rally.html?m=1 )

Do you think climate change is an important topic? Comment down!!